Whether they’re tiny or huge, smooth or spiky, colorful or plain, there’s a lot to “shell-ebrate” about seashells!

When you pick up a seashell at the beach, you’re holding more than just a pretty souvenir from the sea. You’re holding what was once the safe home of a soft, squishy animal called a mollusk (MAH-lusk).

As you can probably imagine, there are plenty of hungry predators out there in the ocean. And lots of them would love to slurp up a soft little mollusk meal. Living inside a hard shell is a
way to stay safe. And here’s the best part: The mollusks build their shells themselves!

In most kinds of mollusks, when a baby hatches from its egg, it already has a tiny shell. As the animal grows bigger and bigger, it makes the shell bigger and bigger, too. It does this by oozing special stuff from its mantle. That’s the soft lining between the mollusk’s body and its shell. The stuff hardens in the water and adds to the size of the shell.

And why do some shells have spikes or spines? Those can be extra protection against hungry predators that might try to break in.

THE BIG TWO
Most shell-dwelling mollusks belong to one of two main groups. The first group is the univalves. Uni means “one,” and these shells are made of just one part. These animals are also called gastropods (GAS-struh-podz). Most of the animals that live in these shells are sea snails, such as the conch (KONK) on the opposite page. The other group of shells is the bivalves. Bi means “two,” and these shells have two parts. Clams, scallops, oysters, and mussels are bivalves. Turn the page to find out more about shells.

MEET THE SNAILS
Most gastropod shells, such as the colorful ones across the top of this page, were once the homes of sea snails. Like the shells of all mollusks, a snail’s shell is part of its body. To move along the ocean bottom, a snail pokes its big, fleshy foot out of its shell and creeps along. The foot can also be used to help the snail burrow into the sand to hide.

A snail breathes using a tube called a siphon (SYE-fun), which can also taste or smell the water when a snail is looking for food.

ON THE MENU
Speaking of food, different sea snails eat different things. They eat by scraping at food with their radulas (RAD-juh-luhz). The radula is like a tongue covered with teeth.

Some snails are vegetarians. They eat algae or plants. Other snails are hunters. They prey on creatures such as bivalves, worms, and sometimes other snails. Some kinds of snails can even catch small fish by shooting venom into them with a tiny harpoon.

Sometimes the tables are turned, and a hungry enemy comes after a snail. Then the snail can pull into its shell, closing it with a tough flap on its foot, called an operculum (oh-PUR-kyuh-lum). It’s like hiding behind a tiny trap door!

OPEN AND SHUT
Now it’s time to meet the bivalves! Bivalve shells are made of two pieces that open and close. But often, as empty shells get tossed about in the ocean, the pieces separate. So you are more likely to find halves of these shells on the beach than shells that are still together. In the assortment of bivalves above, there is one shell that still has both halves intact. Can you find it?

The halves of a live bivalve’s shell are attached by a hinge. Most bivalves can tighten muscles to pull the shell closed. When they relax the muscles, the shell opens up.

If you could peek inside a bivalve’s shell, you’d see that the body looks kind of like a blob. A bivalve doesn’t even have a head, but it gets along just fine without one. It eats by using one of its two siphons to suck in tiny food particles. It then filters the particles from the water and sends them to its stomach. Water and wastes go out through the other siphon.

STAY OR GO
Many bivalves don’t move much. They use their feet to dig their way into the sand and mostly stay hidden there. And others can’t move around at all. They attach themselves to rocks or other things with strong threads or “glue” that they ooze from their bodies.

But a few kinds of bivalves, such as scallops, do move around. They can even swim! If a scallop is threatened or just wants to go someplace else, it quickly claps its shell halves together. And off it goes!

So, there you have it: Seashells—and the animals that live inside them—are full of surprises! 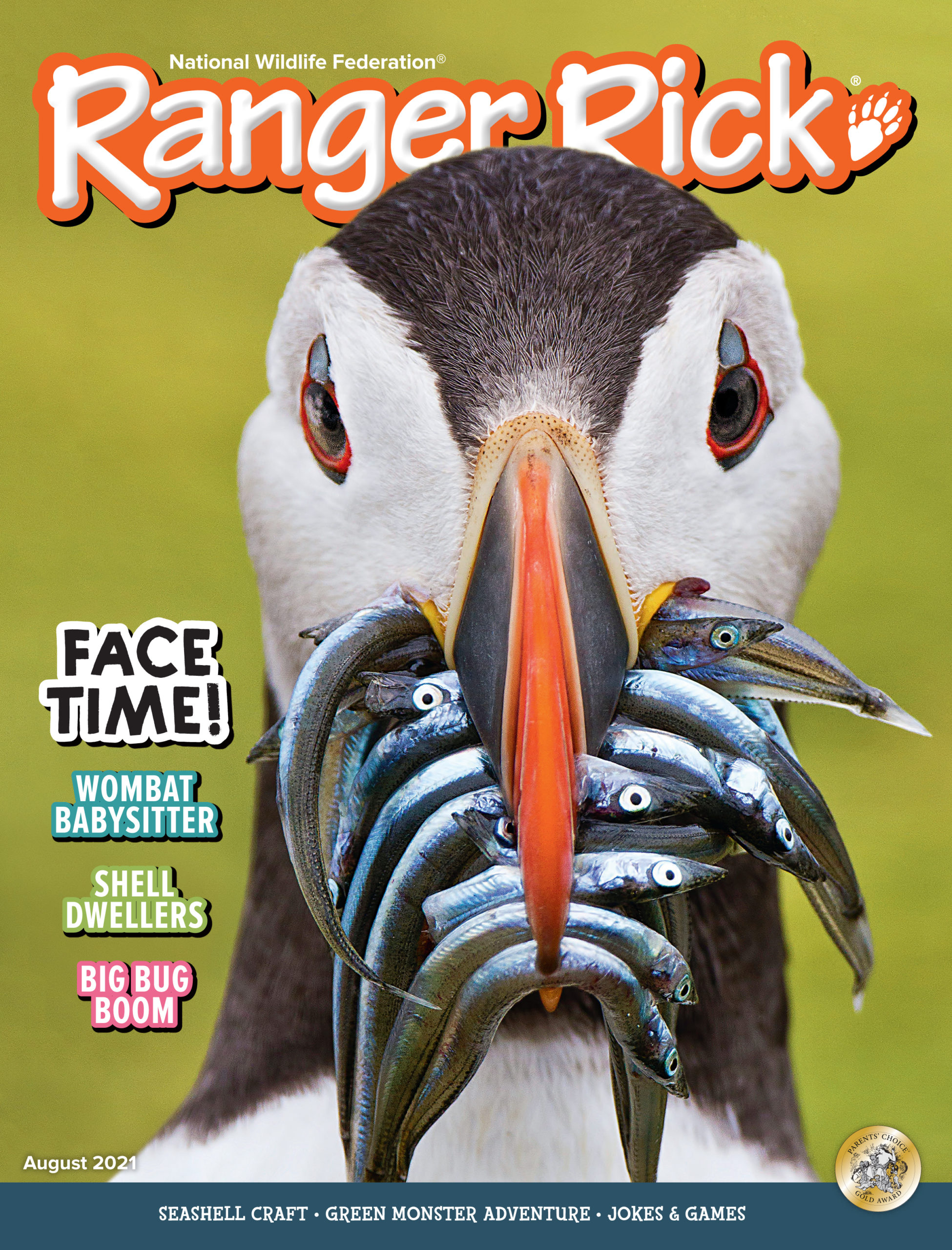